Most museums are located in old buildings, and some are in new purpose-built buidings. Both types have problems. 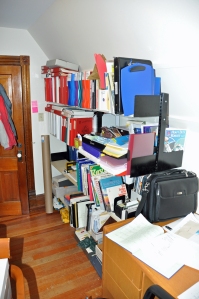 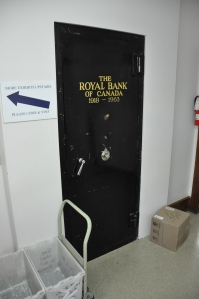 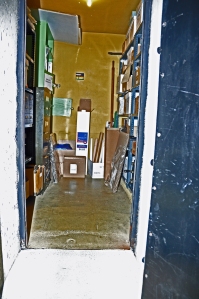 A museum in an old fishing village in Canada and the White Tower at the Tower of London in England.

Most museums have to make-do with old buildings that are cramped, dark, leaky, have windows everywhere, have asbestos insulation and basements that flood. Many have old bank vaults as storage for small valuables. These may be old heritage buildings but they are often inappropriate for use as museums. Most Curators dream of having a purpose-built new museum.

So, money has been found to pay for a new building. A committee has been formed and an architect has been selected. Perhaps a consultant walks the committee through a process for assessing the functions of the museum in the new building. Public and staff only zones. Circles connecting functions. Traffic flow. Of course, today everyone wants LEED certified for environmental controls to protect the collection and environmentally responsible.

I was involved in moving a museum into a brand new museum building that had been designed and built with no museum staff input and before I was hired as the Curator. At another museum I was involved in planning an administration building which would house all of the offices, workshop, changing rooms for costumes, washrooms, archives and artifact storage. I was Acting Director when we moved into it.  Later as Curator I was involved on the sidelines of designing a carousel pavilion. I had some involvement in the planning of a new tram barn for a restored tram-car (like a streetcar, only larger). At the end of my career I was again involved in the design of a museum and archives in a city civic centre, but as Museum Manager was sidelined by senior management most of the time.

I do not hate architects, and indeed a good  friend is an architect, but they do need to be monitored. Very few of us would hire an architect to build our “dream house” and not be involved in the process, reviewing plans etc. as the process goes along. If we did not, we might end up with an ultra-modern house for example when we really love the old Victorian look, with three bedrooms when we have nine kids. Even Frank Lloyd Wright had customers who specified what they wanted. 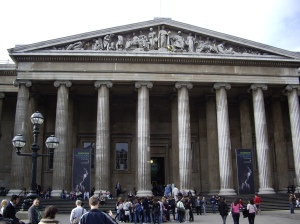 LEFT: Front entrance of the British Museum in London; RIGHT: WWI aircraft inside WWI hanger at RAF Museum in Hendon.

MISTAKE #1 – You could have an architect who is an egotist. At a museum conference in the 1970s, the Royal Air Force Museum Director told us the story of planning the new RAF Museum buildings at Hendon, North of London, England. A nationwide competition called for architectural concept submissions. The one requirement stipulated was that the two original World War I aircraft hangers be preserved and incorporated into the design. In spite of this, all of the design proposals started with a conceptual bulldozer levelling the two hangers! The Director met with one famous British architect who had made a submission. Looking at the drawing, the Director commented that there were steps leading up to a door, set between classical pillars, looking much like the British Museum in London and that he would not even be able to get his aircraft into the museum! The architect replied “My dear chap, they will not be coming to see YOUR aeroplanes, they will be coming to see MY building!” “No, they won’t said the Director because I refuse to build it!” Later the Director met with a Canadian architect at the site and described what he wanted. The Canadian architect pulled out a cigarette pack, pushed it open to expose a blank surface and made a quick sketch saying “Something like this?” The Director said “Yes.” They built an excellent museum. 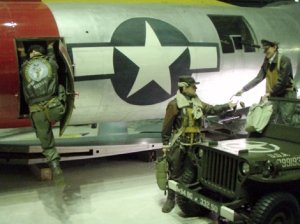 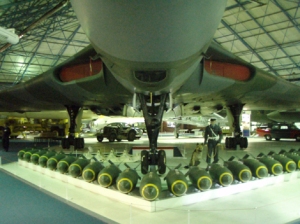 Two photos that I took in the RAF Museum at Hendon. LEFT: B-17 bomber with jeep and mannequins; RIGHT: Vulcan nuclear bomber with dummy bomb load laid out and mannequins of an RAF Policeman and  his guard dog.

A famous architect in Canada builds with artistic curved walls. This led to a huge waste of space in a national museum. The shelving was in straight runs and the walls were curved. Remember that you are paying for every square foot (or square metre) of space. This same architect raised a legal battle when the congregation of a church that he had designed, wanted to add a large room on the side to meet their needs. The architect fought against this in court I believe as it would “ruin” HIS design. How naive the minister and congregation were to think that it was THEIR building just because they had paid for it! (Yes this is meant to be sarcastic.)

MISTAKE # 2 – Leaving the museum Curator and others out of the planning.

One of the biggest mistakes is to exclude trained and experienced museum staff. At one museum I was Curator at, they designed a building for a vintage carousel. I was excluded from most of the planning.

An early version of a museum floor-plan showing the back workshop area. The staff sketched traffic flows and the plan went through many versions. It is easier and a heck of a lot cheaper, to move walls, doors and windows on a plan that after is has been built! It is something like a marriage, so “speak now or forever hold your peace!”

By the time that the first draft plans have been drawn up by the architect, staff tend to become giddy with the thought of a NEW museum building! They had given their specifications to the architect and everything is starting to look good. They can hardly wait!

Royal Ontario Museum ‘s stupid (remember this is MY web site, not theirs 😉 “The crystal” ultra-modern expansion of an old building. Inside is a lot of wasted space. Ironically this modern expansion houses their dinosaurs’ skeletons which are millions of years old.

How you navigated to this page: www.captainstevens.com > Museum Lessons > Museum Buildings