Canadian Official War Photographs of the Great War, now known as World War I (WWI), provide an important resource in studying this part of history.

INDEX TO MOST OF THE CANADIAN OFFICIAL WAR PHOTOGRAPHS

Here are scans of the CANADIAN OFFICIAL WAR PHOTOGRAPHS as published in 1928 by the Canadian Infantry Association. As they explained on page 3, there were several “Series” of photos

Note that as of 1928, some of the photos were still “CENSORED“. Wartime secrecy was not likely a concern, so I suspect that it was photos that showed Allied dead.

The photos had the serial number added in a bottom corner e.g.  0.4704 and the captions are listed numerically within each series in this index.

There are minor errors in the descriptions. For example  photo O.3035 shows Brig.-General Odlum examining an “automatic rifle.” He and the officers with him ere actually examining a German MP-18 I which was one of the first sub-machine guns. Note the Series number on the lower left hand corner.

Although the “O” Series are roughly chronological, there are exceptions. If researching a topic or person, check ALL pages. For example the bombing of the Canadian hospital in Etaples, France in May 1918 which resulted in the death of my Great Uncle Private Charles Gordon McKAY of the Canadian Army Medical Corps is represented by photos of bomb damage and of the subsequent funerals. The special interest by photographers there was due to propaganda purposes and general outrage. The hospital was far “behind the lines” and was clearly marked. There were female nurses killed as well as injured soldiers and male hospital staff. e.g. O.4457, O.4704, O.4705 and elsewhere. 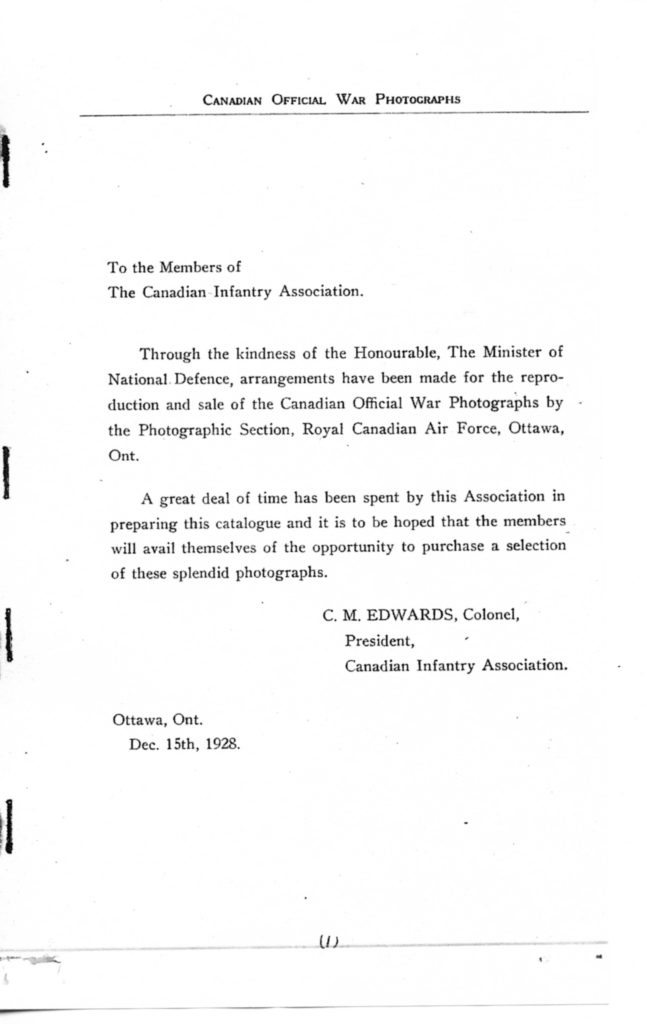 Link to my pages on: