A Canadian Sergeant on parade circa 1941-42. He is wearing gaiters, Pattern 1937 webbing (with cartridge pouches and Pattern 1907 sword bayonet for the SMLE – No. 1 Mk. III* rifle), gas mask (respirator) on his chest, and helmet.

The modern collector, researcher and living history buff needs to learn much of what the soldier learned, as well as variations in models, manufacture, how to detect fakes etc.

The Canadian Army printed many training manuals. Many of these were reprints of British manuals as Canadians were fighting alongside British troops using British style weapons, wireless (radio) etc.

A general instructional manual  called the CANADIAN ARMY TRAINING PAMPHLET No. 1 — A General Instructional Background for the Young Soldier”  (CATP No. 1 for short) was developed. Shown are covers from 1940 and 1942 Editions.

The late Gordy Biss of Vancouver Island, B.C. told me (2001 April 22) that he was on an Guard of Honour in the Royal Canadian Air Force (post-WWII) and that just as the dignitary came by, they did a Present Arms drill movement. His rifle snagged on his uniform, tilted out suddenly and the bayonet narrowly missed the VIP! The irate Guard Commander told him that he would not be allowed to be on any more Guards of Honour. All these years later, Gordy looked so sad that he was not be allowed to spend many hours on the parade square practicing drill in the freezing cold or under the hot sun.  He was smirking as he said that.

HOW TO CLEAN YOUR RIFLE From CATP No. 1, 1940  and previously published in an earlier manual RIGHT OR WRONG … 1937 (I have these books in my collection) 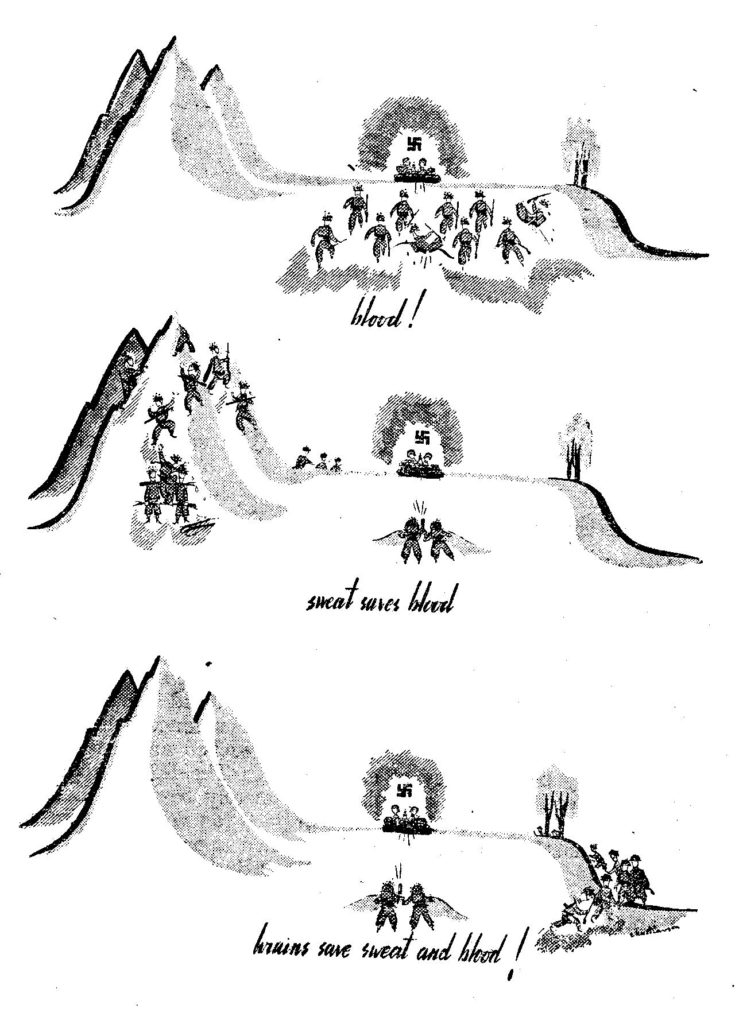 “Brains save sweat and blood!” (p. 34 The Instructor’s Handbook on Fieldcraft and Battle Drill (Provisional) October 1942. (Colin Stevens’ Collection)  If the scriptwriters for the movie “Saving Private Ryan” had read this, they might not have followed the dumb “Blood” option, but instead used WWII training to avid needless casualties.

Wireless for the Warrior

Louis Meulstee’s site has a SUPERB overview of British military radios (wireless).  He has published some SUPERB books on the subject. Search the Internet for WIRELESS FOR THE WARRIOR. wftw dot nl   I have not provided a live link as that web site is not secure.

This is the most common WWII to c.1960 wireless (radio) used by the British Commonwealth. Search the Internet for qsl dot net forward slash ve2bdb    I have not provided a live link as that web site is not secure.

Link to my pages:

How you navigated to this page: www.captainstevens.com > Military & Police > Military Knowledge